About the Burt Award for Caribbean Literature

The Burt Award for Caribbean Literature is an annual Award that will be given to three English-language literary works for young adults (aged 12 through 18) written by Caribbean authors. Established by CODE – a Canadian charitable organization that has been supporting literacy and learning for over 50 years – with the generous support of the Literary Prizes Foundation and in partnership with the Bocas Lit Fest, the Award aims to provide engaging and culturally-relevant books for young people across the Caribbean.

The intent of the prize is to champion literacy, build language skills and foster the love and habit of reading amongst youth and young adults.

Up to three prizes will be awarded each year to the authors of the winning titles: a First Prize of $10,000 CAD, a Second Prize of $7,000 CAD and a Third Prize of $5,000 CAD. Publishers of winning titles will be awarded a guaranteed purchase of up to 2,000 copies (only publishers registered and operating in the Caribbean are eligible). Copies purchased by the program are donated to select libraries, schools and literacy organizations for distribution throughout the region.

The second year of winners of this unique literary award that provides thousands of youth across the Caribbean region each year with access to exciting new titles were announced on May 1st 2015 at the NGC Bocas Lit Fest.

Imam Baksh received the first prize of $10,000 CAD for his first novel, Children of the Spider, Diana McCaulay, from Jamaica, won the second prize of $7,000 CAD for The Dolphin Catchers (published as Gone to Drift by Papillote Press), while the third prize of $5,000 CAD went to Lynn Joseph of Trinidad and Tobago for Dancing in the Rain.

The Award’s book purchase and distribution program will ensure that a minimum of 2,500 copies of each of the three winning titles will be put into the hands of young people through schools, libraries and community organizations across the Caribbean.

The finalists for CODE’s 2015 Burt Award for Caribbean Literature:

The finalists were selected by a jury administered by The Bocas Lit Fest and made up of writers, educators, and literacy experts from the Caribbean and Canada. 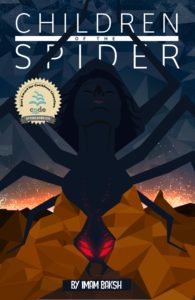 Mayali is a fugitive from her home world of Zolpash, which is ruled by the Spider gods and their armies, who now have plans to invade Earth—it’s up to Mayali to thwart them. With dialogue that deftly stays authentic while bridging the worlds of Guyana’s colonial past and its modern state, this story is magical realism at its best. 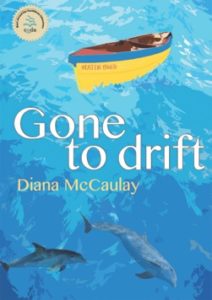 The story of a 12-year-old Jamaican boy and his search for his beloved grandfather, a fisherman who is lost at sea. An adventure story about a boy confronted with difficult moral choices, inspiring its readers to choose bravery over cowardice and to follow their hearts. 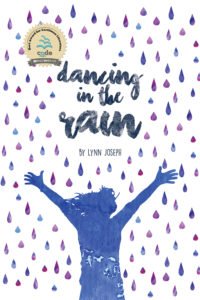 Set against the dazzling beauty of the Dominican Republic, Dancing in the Rain explores the impact of the tragic fall of the Twin Towers on two Caribbean families. It is a lyrical, well-crafted tale about finding joy in the face of loss.