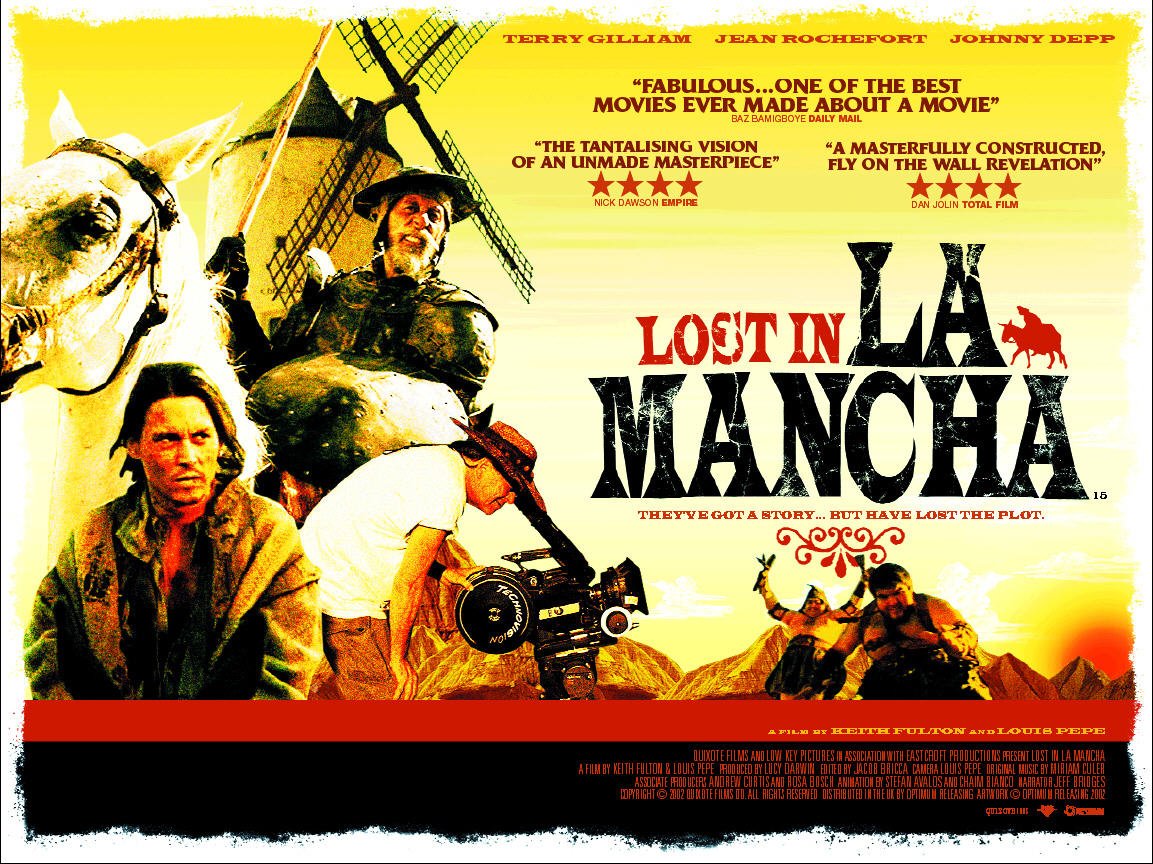 Lost In La Mancha offers a unique, in-depth look at the harsher realities of filmmaking. With drama that ranges from personal conflicts to epic storms, this is a record of a film disintegrating. Nominated for Best Foreign Independent Film at the British Independent Film Awards.