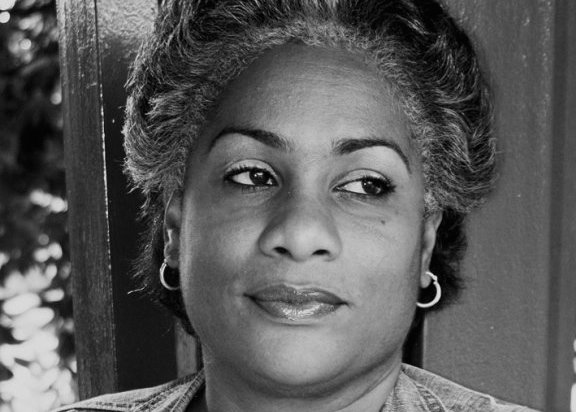 Avion Crooks is a full time primary school teacher, a part time storyteller and actress. She was a teacher for over thirty years, specializing in areas such as broadcasting and Dance and Drama curriculum facilitation. She has performed in plays such as “The Poui Tree”, “Sangre Grande By Two” and “Madame Cazabon On Verandah”. Often a feature speaker at graduation ceremonies, Avion is also a motivational speaker. She has done some work for television as well, most notably as part of the docudrama series, Roy and Gloria. Avion has been a regular performer at Paul Keen-Douglas’ Talk Tent for the past three years. Along with her work in drama, Avion has also been a magazine editor and is a writer with focus on humorous short stories.

All events with Avion Crooks

The Spirit of Sulphur Springs

The Ghost Market of Cedros

If I Were Mother Earth

When the Earth Quaked

If I Could Change One Thing

The Smugglers at Cedros Bay