All films are shown in the AV Room of the National Library, and are free of charge

Border Crossings is a timely series of events running through the entire festival programme, asking how literature and the arts break through the barriers that separate nations and cultures. The 2019 programme includes two series of films examining cultural and political boundaries, and those who seek to cross them.

Arena presents
Co-produced by Speaking Volumes and Lucy Hannah, as part of the Your Local Arena series. In partnership with the British Council

The BBC’s Arena documentary series, launched in 1975, is one of the world’s most acclaimed TV film series focused on the arts. This selection of five films from the Arena archives (1975–2011) highlights documentaries that cover writers and other cultural figures who contributed to breaking cultural barriers in their lives and work.

European border crossings
Ranging from the early 20thC to the present, these films make connections to classic European literary authors as they consider issues ranging from migration to the refugee crisis. In partnership with the Delegation of the European Union to Trinidad and Tobago

Meet the late, great queen of Cuban music in this fascinating documentary from director Anthony Wall. Co-produced by Speaking Volumes and Lucy Hannah, as part of the Your Local Arena... Read More 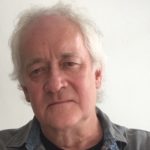 The life and times of Brazil’s most popular musical icon, in a documentary directed by Francis Hanly and Tim May. Co-produced by Speaking Volumes and Lucy Hannah, as part of... Read More

From his childhood in Poland to his adolescence in Nice, to his years as a student in Paris and his tough training as a pilot during World War II, this... Read More

This honest, insightful documentary on T&T’s late Nobel laureate profiles the man behind the mask of literary genius. Directed by Adam Low. Co-produced by Speaking Volumes and Lucy Hannah, as... Read More

The pioneering UK director talks to Lucy Hannah about the celebrated Arena documentary series and his life in film. In partnership with the British Council 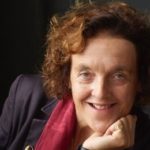 This acclaimed drama charts the years of exile in the life of famous Jewish Austrian writer Stefan Zweig, his inner struggle for the “right attitude” toward the events in war-torn... Read More

A poker-playing restaurateur and former traveling salesman befriends a group of refugees newly arrived to Finland.  Directed by Aki Kaurismäki. In partnership with the Delegation of the European Union to... Read More
Day 5
3:30 pm - 5:00 pm
AV Room
Nalo Hopkinson

It’s 2049 on a forsaken island off the coast of Toronto, where the survival of the islanders depends on young Ti-Jeanne to risk death by a spirit so she can... Read More 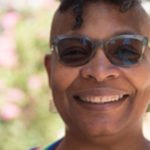